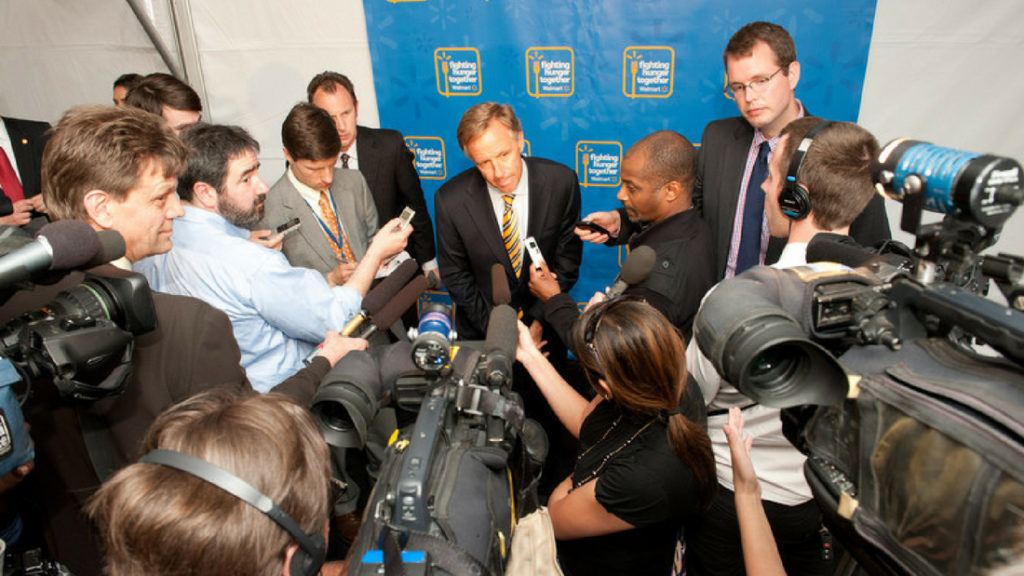 While showcasing the Walmart Foundation’s $2 billion commitment to fight hunger in America, BRG created a strategic program, elevating the issue of hunger. Through the award-winning campaign, we generated mass visibility with 1,500+ media placements, including USA Today, Associated Press, FOX News, NPR All Things Considered, ABC and FOX Radio, USA Weekend, FastCompany.com and hundreds of local television and print publications, and in-store and Facebook tactics that activated consumers in 200+ communities.

By the end of the initiative, Walmart and the Walmart Foundation donated nearly half a billion more pounds of food than originally committed, totaling 1.58 billion pounds of food, and an additional $10 million in grants, for a grand total of $260 million to hunger relief programs in the United States.

About Philanthropy at Walmart:

Walmart and the Walmart Foundation are committed to helping people live better through philanthropic efforts that draw on the strengths of Walmart in the arenas of sustainability, economic opportunity, and community.

``In the past half-decade, Walmart has quickly established itself as a major player in the fight to eliminate food deserts, or places that lack nearby access to healthy food (with controversial results). But the largest company on the planet isn't stopping there. The Walmart Foundation unveiled this week its Fall campaign for ``Fighting Hunger Together``, an ambitious $2 billion commitment to help end hunger in the U.S.``

We are passionate about the work we do.