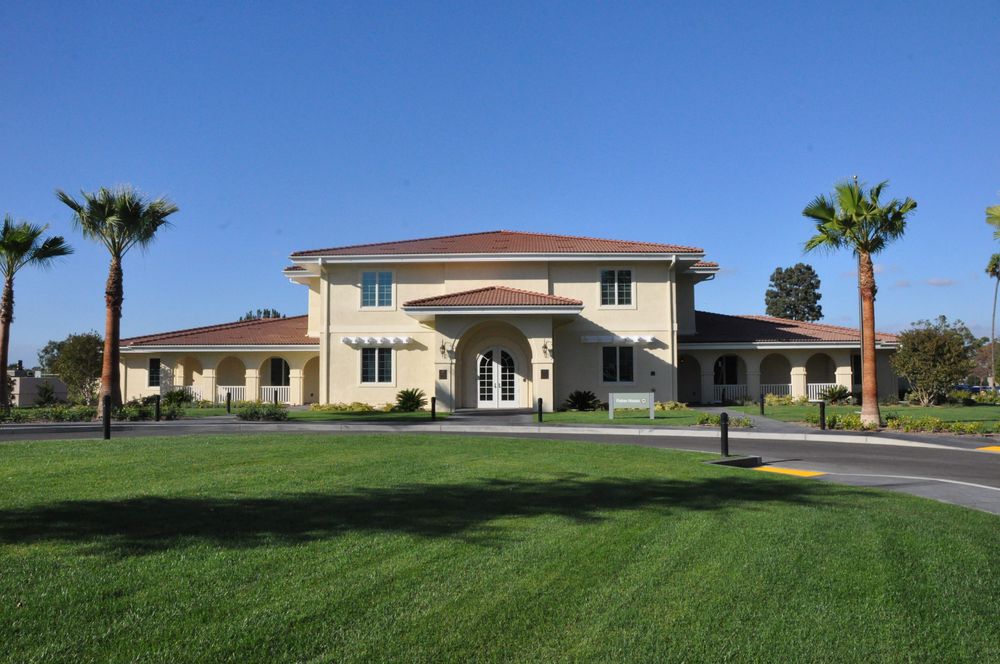 Maureen Crabbe calls Fisher House a “well-known secret,” one that helped her family during a crisis.

Like many military moms, Crabbe found herself at the Walter Reed Hospital in Bethesda, Maryland, in the midst of a crisis. In 2011, her son Justin, a Marine, was seriously injured in Afghanistan after an improvised explosive device went off during a patrol and threw him to the side of the road. He ended up losing both his legs below the knee.

But the crisis the Fisher House, a network of housing for military families, helped with wasn’t the immediate aftermath, when Crabbe, her husband Cliff, and their daughter, Jenn, rushed across the country from her their home in Rancho Cucamonga, California to be near their son as he spent three-and-a-half months in the hospital (including 19 days on a ventilator).

This crisis was during the aftermath, when Justin was discharged and entering outpatient care, which meant the family’s time in government-provided housing was over. The military pays for housing during hospital stays, but afterwards, families are on their own, a difficult position to be in when veterans face months of rehabilitation.

Crabbe found support, and a free place to stay, at the local Fisher House, part of a network of homes set up at military hospitals and healthcare facilities around the country that provide members of the military and their family members a place to stay as their loved ones recover.

Crabbe was able to spend 15 months at the Fisher House in Bethesda, saving on what would have been an immense hotel bill (she was expecting to pay at least $100 a night), and gaining the opportunity to help her son through a difficult recovery at an outpatient facility. It “felt like heaven fell into my lap,” she said, when she found out about the opportunity.

“Justin will tell you if we weren’t there by his side, he wouldn’t have been as successful during recovery,” Crabbe says. “There are a lot of dynamics at play that can make people flourish and move forward in his situation. They need a strong support system. I was there to tell him you’re going to get past this, so get off your ass and get moving.”

The Fisher House network, which now numbers 72 homes across the country (with a new home in the Bronx breaking ground this month), serves military members and their families, providing free housing during hospital stays and recovery. Ever since it was founded in 1990, the organizations has served 305,000 families with more than seven million days of lodging, estimated to be save more than $360 million in housing and transportation costs.

The homes “reach people when they’re they most vulnerable,” says David Coker, an Army veteran and current president of the Fisher House Foundation.

The foundation behind the homes was started by Zachary Fisher, a successful New York real estate developer, and his wife Elizabeth (denied a chance to serve in WWII due to a leg injury, Fisher has been a long-time supporter of the military). They had previously helped the effort to turn the USS Intrepid into an air-and-space museum, were familiar with the military, and wanted to do more.

Their friend Pauline Trost, a former Chief of Naval Operations, told them about the difficulty military families faced getting temporary housing while loved ones were dealing with long-term health issues. The Fishers embraced the cause and quickly took action, forming the foundation and breaking ground on the first home at the National Naval Medical Center, Bethesda, Maryland.

“The Veteran’s Administration system provide world-class health care,” says Coker. “But having a place for families to stay for long-term care can be problematic.”

Fisher House homes are designed to provide a sense of normalcy amid a difficult situation, says Coker, group homes that make what could be an impersonal space more intimate. Ranging from 5,000 to 16,000 square feet, the homes, overseen by a manager, fit up to 21 families at a time. Guests stay in suites, which include private baths and vary in size. Every room is handicap and wheelchair accessible, with roll-in roll-out showers, and elevators if necessary. Whether it’s cooking meals in the extra-wide kitchen, which usually has two full ranges and a wall of refrigerators, watch a movie in the large living room, or have coffee in the dining room, families are free to do as they please.

“You meet each family and their needs one at a time,” says Coker. “These are special people and our goal is that when they walk through the door of a Fisher House, people care about them and want to support them in their time of need.”

Beverly Archer-Miears, a Dallas-based interior designer who has worked on Fisher House projects across the country, designs these homes to be private retreats that encourage interaction. For every project, usually a six-month endeavor, she studies the immediate neighborhood, spending time on realtor tours, looking at local housing styles and the surrounding environment to create something unique to its environs. After doing 50 different homes, she says she hasn’t re-used a single wall covering or piece of furniture.

“It should look like a home where someone invited them to stay,” she says, “not like someone is staying in a Motel 6.”

Each house has a journal where guests record their stories to provide encouragement to other families. The average length of stay is nine days, but there have been guests who have been there up to three-and-a-half year.

Maureen remembers when she brought Justin back to a Fisher House during his recovery. They had a BBQ in the backyard, and he felt like he was at home. It was a true community, she says, and she still keeps in touch with friends she made during her stay at the home.

“You’re around like people going through like experiences,” she says. “It’s not misery loves company. It’s very heartfelt to be able to share the good and the bad of going through difficult times with people who really understand. It’s like a welcoming committee.”

Since his injury a few years ago, Maureen says Justin doing great. Married with one daughter and another on the way, he recently got a new prosthetic. The experience meant a lot to the Crabbe family, who are now actively engaged in raising money for the Fisher House Foundation in Southern California.