09 Aug What We Can Learn About Social Media From The Olympics: Part Two – Fans

Posted at 09:50h in Public Relations, Social Media by ironcore 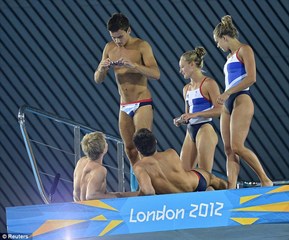 Social media has revolutionized the way we watch and talk about the Olympics in a very short period of time.

You’re watching the women’s gymnastics All-Around final and competitor after competitor is falling during the vault portion. It’s strange, and you say so out loud to those in the room. In the middle of the second round, they discover that the vault had been set five centimeters too low. As the commentators explain why the five centimeters matter, you’re tossed into a commercial. You express your annoyance to everyone in the room and call a friend to complain.

The 441.5 hours of coverage on NBC is tape-delayed due to the time differences between Sydney and America. You have dial-up access to the Internet, but probably don’t sign on during this exciting event.

You sit on your couch to watch American Gabby Douglas win the women’s gymnastics all around. You already know that Gabby won, because you inadvertently read the results on the Internet earlier in the day. When you found out, you went on Twitter and complained about NBC’s tape delay and the various spoiler alerts. You use the hashtag #NBCFail to express your dismay to other annoyed people. As you watch the televised broadcast, you fast-forward the commercials on your DVR and tweet about the fact that NBC isn’t showing the non-American competitors enough. You also complain that there are too many commercials. Hundreds of thousands of people complain in real-time too. You have fun reading their complaints on social media sites.

The 5,535 hours of coverage on NBC is tape-delayed due to the time differences between London and America. Much of that coverage is happening live on the Internet. Despite the vast amount of public criticism, the 2012 Olympics have been great from a business perspective for NBC.

What can we learn about social media from fans of the Olympics?

Social media provides a public platform for people to complain

People have always complained, but they used to do so on a smaller scale. Complaining that used to happen in our living room, at small gatherings and on the phone now happen very publicly online. It’s hard to measure the change in sentiment from the last summer Olympics, as social media was not as mainstream. In 2008, during the Beijing Summer Olympics, 29% of online adults used social networking sites. Today 65% of online adults do.

Our expectations have changed

Social media enables us to hear news in real-time. We used to wait for the morning paper to keep up with current events. Now we read blogs, chat on Twitter and post on Facebook. When Gabby Dawson won gold, it was spreading online instantly.

The NBC broadcast is as stunning as it’s always been, but this year the Olympics broadcast is a highlights reel. The highlights are fantastic, but in 2012 there is an expectation of immediacy in relation to the news.

NBC anticipated this, and by streaming events live, they provided more Olympic coverage than ever before. Despite the rise of social media adoption, the #NBCFail hashtag indicates that people may have expected this immediate news on a traditional platform (television) as opposed to online.

Brands can learn from the immediate feedback

In 2000, if you loved a commercial, whom did you tell? Most likely you told someone you were with at that moment. In 2012 customers are sharing that same feedback publicly online. Brands have a huge opportunity to understand customer insights more than ever before. (This is like a free survey!) Brands can use that insight when they create new products and service offerings.

What do you think we can learn about social media from the Olympics? Tweet us @brgliving and let us know.