01 Mar How To Find Influencers In Private Online Networks

Posted at 22:41h in Social Media by ironcore 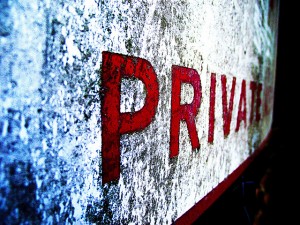 Over the last few years, you may have noticed that online influencers have become a little more difficult to pinpoint. Some people will say this is because the social media space has become noisier. In part, that’s true. Many business professionals are cutting through the noise by creating private groups to connect with people that matter the most. The most useful private networks are comprised of people who share the same goals or interests in the spirit of collaboration. Many of these groups have rules of conduct and are invite-only. Some are set up to be secret, and are therefore unsearchable on Google.

As with traditional media, we don’t advocate that you find or join a group just so you can pitch your news. That’s a really bad idea. We DO advocate that you join networks in industries related to your work and build relationships. Help other people. Share what you know. Learn from other people. Promote the people you learn from. Then, if you have a completely relevant pitch, use full disclosure and approach your private network connections.

Similarly, monitor the private group before you jump in. If there is a specific influencer you’d like to work with for a client, take the time to read their blogs, social networks, and build a relationship before you ask for a story whenever possible. Participating in private groups is a long-tail strategy.

In other words, use common sense. Now that the disclaimer is out of the way, let’s get onto the good stuff.

How to locate private online networks with active influencers:

LinkedIn is more than a place to post your resume and walk away. There are a ton of groups on LinkedIn, some private, that connect like-minded professionals. You can easily find these groups via LinkedIn’s search feature.

Your search results will indicate if a group is open or closed. If the group is closed, you can apply to be accepted. Sometimes you won’t be accepted to a group you want to join. Try sending a private message to the moderator to gain access. Especially if you’re in a B2B industry, it’s likely that there are a handful of closed groups with active influencers inside.

To get the most out of LinkedIn, steer clear of the overly promotional groups. Look for groups with lots of organic discussion. If you can’t find any that are relevant to you, your target demographic might not be convening on LinkedIn.

You might not love Google+, but don’t count it out. At New Media Expo, Guy Kawasaki shared that Google+ is for passion. If you are trying to reach influencers, you are probably looking for passionate people in relation to a particular subject, right?

There are many open communities in Google+, but some of the best ones are invite only. The good news is that these are easily found in search. You may find yourself in a position that you can see where the influencers are, but you can’t access them. It will take some creativity and strategy to reach these influencers.

You might think that Facebook is for friends, family and Farmville, but influencers have been gathering in private Facebook groups more and more over the last few years.

Sometime in the last year I personally realized that my most valuable business networks are all on Facebook. Because of this, I am giving Facebook Groups a little more attention in this post than the other networks. You may or may not find Facebook groups as valuable as I do, but I hope you give Facebook a chance.

Some examples based on my personal experience:

Facebook groups aren’t limited to business. You may find some valuable groups that benefit you personally.

Facebook groups often have the highest barrier to entry as compared to other platforms. You can find the closed groups on Facebook via search, but finding a secret group isn’t easy. I recommend that you ask your peers if you’re looking for a specific kind of secret group. Finding influencers on Facebook is hard work, but if your niche is there, the work pays off.

Do you participate in private groups? Share your experience in the comments!