06 Aug Social Media Is A Moving Target: Tips For Brands

Posted at 11:47h in Social Media by ironcore 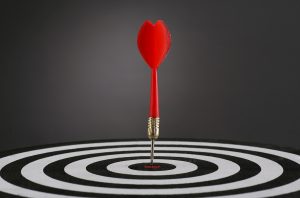 It’s human nature to create an annual communications plan, and set it in stone for the year. At BRG, we don’t advocate that approach, especially if you’re using online channels to communicate with your target audience.

Online Communications Channels: The Only Constant Is Change

Remember how MySpace was the “it” social network in 2005? When Facebook was released to the public in 2006, MySpace users started switching over. Though it seemed unfathomable at the time that MySpace would become a ghost town, it happened. Since 2006, there have been many new social networks. Some, like Pinterest, have done exceedingly well. Others had promise, but failed, like Google Buzz, or were acquired, like Tumblr.

We know it seems impossible that Facebook might someday be abandoned, but it’s likely. Your brand’s target audience might be on Facebook (or any other network) one year, and transfer their interest to a different network the next.

Two years ago, many consumer-facing brands were using shopping cart applications to sell goods on Facebook. Today, many brands are adding Pinterest to their social networking sales strategy, because that’s where their target audiences are researching products. (Check out this pin from Sephora to see what we mean.)

The Social Landscape is Changing Right Now. Do You Know Where Your Target Audience is Engaging?

This year LinkedIn, Pinterest, Flickr, Tumblr and Google+ have all made announcements that could woo your demographic over to their platform. It isn’t a certainty that your target audience will migrate elsewhere, but social network relocation is always a possibility- even in the age of Facebook.

Do you have questions about the best way to reach your target audience online or in traditional media outlets? Contact BRG here.