Posted at 16:42h in Public Relations, Social Media by ironcore 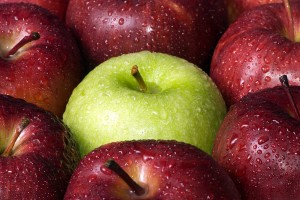 There is a lot of confusion about the difference between advocates and influencers. At BRG, we believe that though influencer and advocacy campaigns can be complex, the definitions of these types are straightforward.

Advocates and influencers are walking among you

When considering using advocates as part of a strategy or campaign, remember that individual advocates have different target audiences. One super-fan of your brand might not have influence online, but could provide a useful testimonial for your brand. Another advocate may have a large following, but not in your brand’s target demographic.

In short: Brand advocates are your happy customers. They are genuine in their affinity for your products and services. They may or may not be influential, so they are as powerful for your brand as you make them.

When you work with influencers, it goes without saying that your influencers should have sway with your target customers. Remember that different people have different influence with different groups. A social media business influencer, for example, may not have any authority with parenting bloggers. A mother might be influential about parenting on a blog, whereas another may be even more influential in a smaller group on a physical playground.

In short: Influencers have access to potential customers you may not have tapped into. They have the power to move people. Be aware though, not every influencer will be a fan of your brand.

Have you worked with advocates or influencers? Share your experiences in the comments!